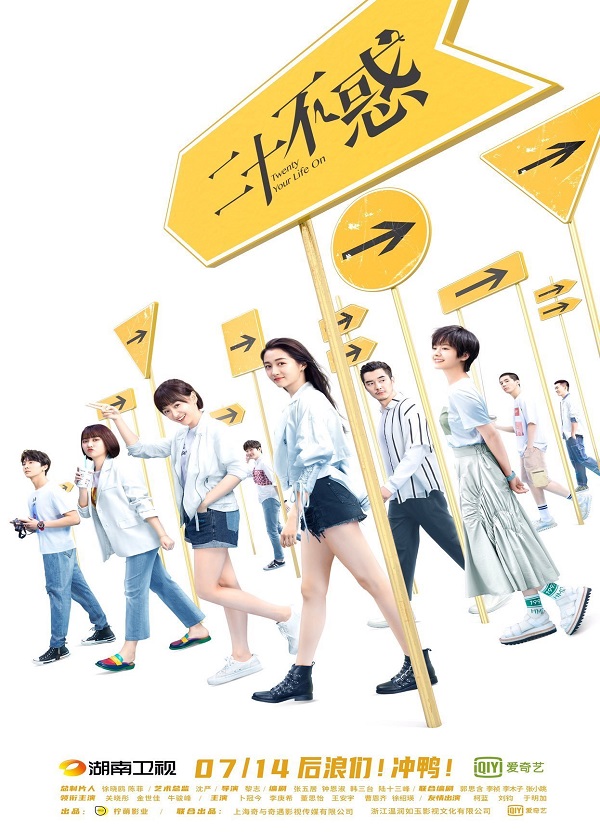 “Twenty Your Life On – 二十不惑” is a story about the worries of youth as they enter adulthood is told from the perspective of four girls who are about the graduate from college.
Being someone with no power nor looks nor money, Jiang Xiaoguo has always envied her three roommates.
Duan Jiabao who comes from a wealthy family has simple desires. She is carefree and only cares about chasing after celebrities and eating good food. Luo Yan may despise her mother’s tendency to become too overbearing, but at least she can rest assured that her future is in good hands.

Liang Shuang is beautiful and a go-getter. Even though she is only a college senior, she has already proven herself more than capable to adapt to society. However, she does not know that every person will have their own crosses to bear. Duang Jiabao gets a taste of first love only to realize that she and her friend have fallen for the same man. In trying to understand her mother, Luo Yan learns her mother’s long-kept secret. Meanwhile, Liang Shuang still needs to learn how not to hurt the people who care for her. In one year, the four ladies gradually become closer.

Twenty Your Life On Trailer: