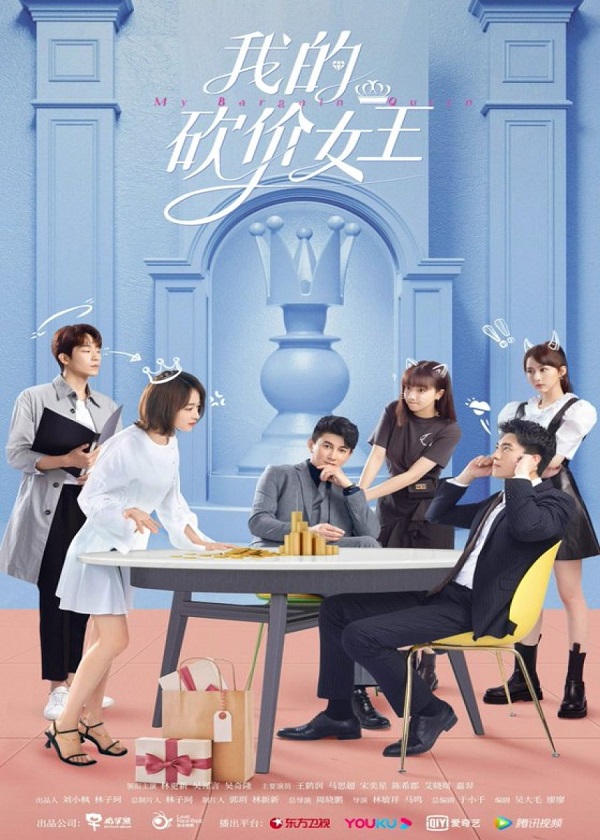 “My Bargain Queen – 我的砍价女王” is about story of three years ago, Xia Qian was suddenly abandoned by her fiance, He Zhijuan during her engagement party. Feeling down, she clashes with the boss of Chang Sheng hotel, Sheng Zhening. During their argument, Xia Qian realizes her strong observational and analytical skills, and decides to set on the path to become a haggler. After Xia Qian set up her own company, she often has business dealings with Sheng Zhening. During their interactions, Sheng Zhening grow to admire Xia Qian as a worthy opponent. Xia Qian’s opinion toward Sheng Zhening also changes, and her company also started to grow bigger with Sheng Zhening’s help. At this time, Sheng Zhening fell into the trap set by his fellow business partners, and was evicted out of Chang Sheng Hotel. He Zhijuan also reappears in Xia Qian’s life, and his new fiancee turns out to be Sheng Zhening’s younger sister. Xia Qian and Sheng Zhening encouraged and helped each other through their problems in both realtionship and work. Eventually, Xia Qian helps Sheng Zhening take back his hotel, and Xia Qian also decides to forgive He Zhijuan.