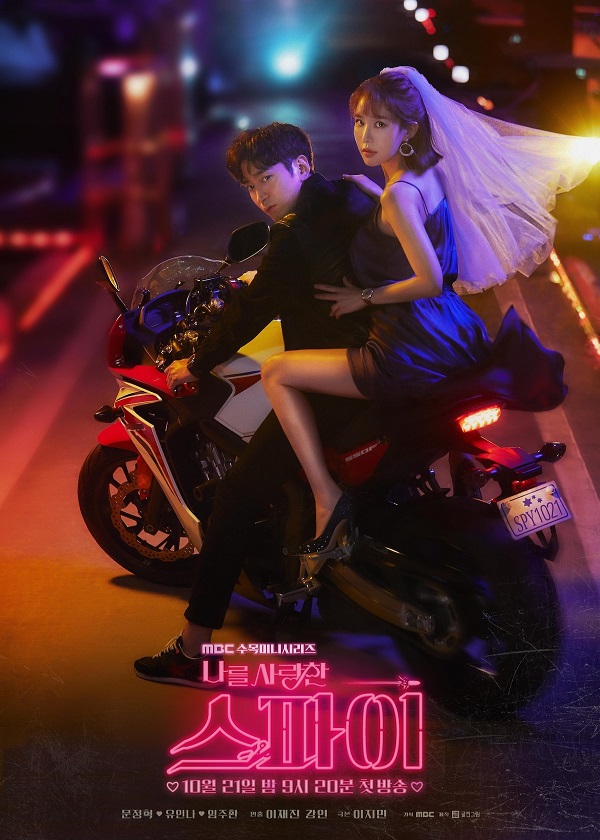 “The Spies Who Loved Me – 爱我的间谍” is about story of Kang Ah Reum is a wedding dress designer who has been married twice. Her two husbands harbor many secrets and Ah Reum gets swept up in them. Jun Ji Hoon disguises himself as a travel writer, but he is actually a secret agent for Interpol. His job as a secret agent is a way for Jun Ji Hoon to support himself financially. He is currently divorced. He was married to Kang Ah Reum, but they divorced without Kang Ah Reum learning about his secret life as a spy.
Kang Ah Reum now works as a wedding dress designer. She met Derek Hyun after her divorce and they eventually married. Her current husband works as a diplomatic official and seems gentle and warm. His secret is that he is actually a cold-blooded industrial spy. Derek Hyun treats his wife sweetly, but, for his job as an industrial spy, he will do anything. He loves Kang Ah Reum sincerely, but he also hides his true self from her.

The Spies Who Loved Me Trailer: