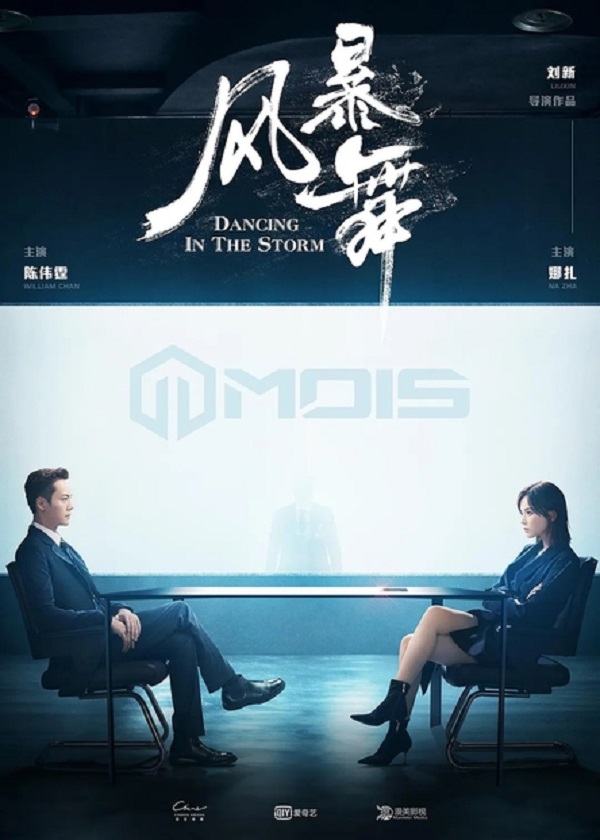 “The Dance of the Storm – 风暴舞” is about story of through a series of missions, a man discovers that the people he has been working for has unspeakable connections to dangerous organizations. Through the help of his love interest, they piece together clues to uncover the truth.
As a child, Li Jun Jie grew up under the loving care of his parents. He led a life that was the definition of a happy family. His parents were top scientists but when he turned twelve, they suddenly died in an accident in Pin Cheng. After becoming an orphan, Li Jun Jie is sent back to his hometown of Chong Hai. Rumors that his father betrayed his own country started spreading and his relatives refused to take him in. Left without a home, Li Jun Jie is sent to an orphanage where he meets Shi Yun Hao. They become the best of friends and through the recommendation of Chen Gang, they enter a security agency as new recruits. The two meet and fall for Zhou Zi Xuan.

Just when things have started looking up for Li Jun Jie, his recklessness results in the death of Chen Gang. Determined to seek justice. he starts on a path to chase down the real culprit and it brings him back to where everything went wrong.

The Dance of the Storm Trailer: