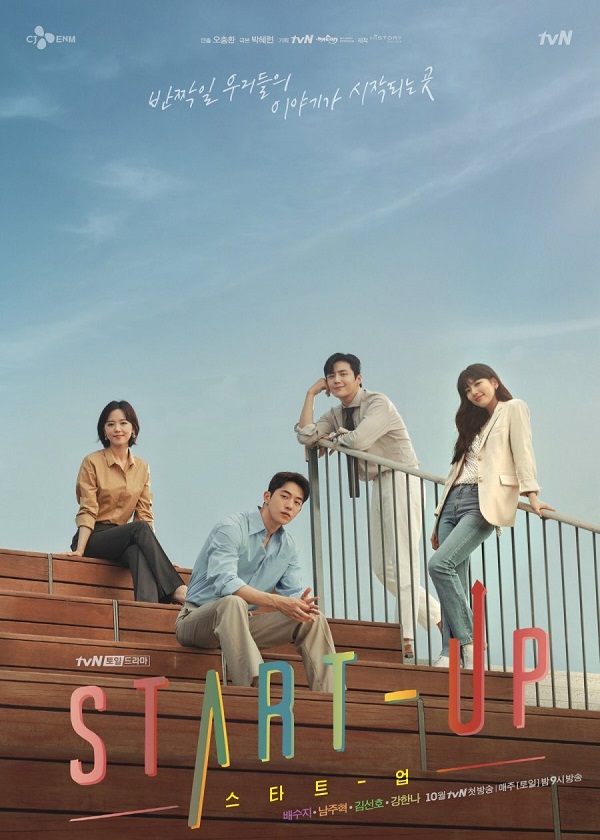 “Start Up – 启动了” is about story set in South Korea’s fictional Silicon Valley, called Sandbox, and tells the story of people in the world of startup companies.
Seo Dal Mi dreams of becoming Korea’s Steve Jobs. She’s an adventurer who doesn’t own much, but has a grand plan for herself. She also has experience in a wide range of part-time jobs and is a person of great vitality.
Nam Do San is the founder of Samsan Tech. He was once the pride of his family as a math genius, but for the past two years, he’s been going nowhere with his company’s investments. It turns out that Seo Dal Mi remembers him as her ‘cool first love’, and he decides to begin a startup in the hope of turning Seo Dal Mi’s misunderstanding into reality.
Han Ji Pyung begins a startup company to pay off his debt. A team leader at SH Venture Capital, his astonishing investment skills and sharp tongue earn him the nickname, “the Gordan Ramsay of investments”. Though he’s prickly to most others, he’s softer than anyone to one special person who granted him a great favor in the past.
Lastly, CEO Won In Jae has everything society respects: the educational background, beautiful appearance, and money. She considers her background as a second generation chaebol a weakness and does everything she can to create success on her own and be acknowledged for her skills. However, she ends up being used and thrown away by her father, and in order to stop being a disposable piece on her father’s chess board, she throws herself into a startup.