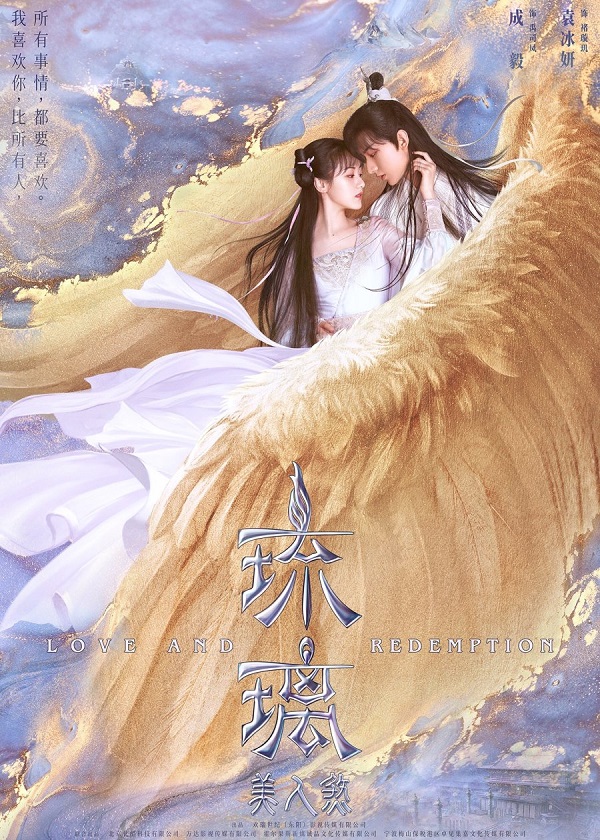 “Love And Redemption – 琉璃美人煞” is according to legends, the god of war saved the heavens in a deadly battle against the demon a thousand years ago. Both fell from the heavens and disappeared from the world. Chu Xuan Ji was born to the world lacking in the six senses which makes her rather clueless and inept. She befriends Yu Xi Feng, the outstanding head disciple of Lize Palace who falls for her, thus beginning a xianxia romance that is entangled with the conspiracies from the past.

The Zan Hua Tournament is being held in the Shaoyang Sect and its leader Chu Lei has two daughters – his trusted eldest daughter Chu Ling Long, and the youngest daughter Chu Xuan Ji who is lazy and terrible at martial arts. When Yu Si Feng and Chu Xuan Ji meet through a coincidence, they forge a friendship with each other. Yu Si Feng falls for Xuan Ji despite the harsh consequences that he must face as it is forbidden for students of Lize Palace to fall in love.

Meanwhile, Ling Long clashes with Wu Tong after she criticized his foul actions at the tournament. In retaliation, Wu Tong accidentally injures Xuan Ji and gets expelled. Having recovered from her injuries, Xuan Ji promises to concentrate on cultivating. Four years later, Xuan Ji and Yu Si Feng meet again. Si Feng wears a mask due to a curse that can only be broken if he finds true love.