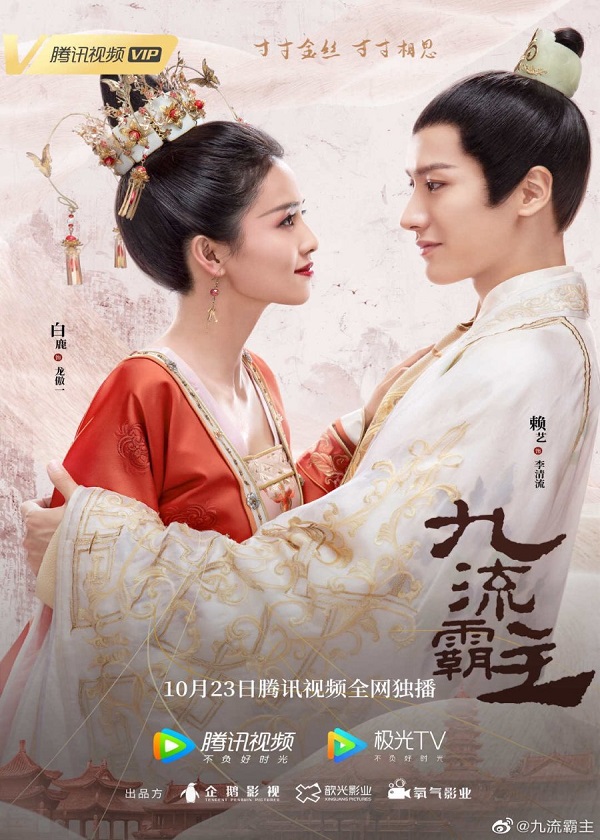 “Jiu Liu Overlord – 九流霸主” is about story set during the late Tang Dynasty, the lives of people from different social classes never intersected, despite the fact that they lived side-by-side. With his keen sense and a thriving silk trade, Li Qing Liu had worked hard to become one of the most prominent leaders of the upper elite. At the same time, Long Ao Yi was using her quick wit and tenacity to climb her way through the ranks of the Longzhu Clan. Though living entirely different lives, Qing Liu and Ao Yi had both made a name for themselves as two of the strongest leaders of their respective classes.
When the capital city is shaken by the news that the precious gold thread, used to make Li Qing Liu’s coveted golden silk garments, has been stolen, the two worlds suddenly collide. Forced together by fate, Qing Liu and Ao Yi must work together to recover the stolen thread. Hindered by his many prejudices against the lower classes, Qing Liu comes to understand that his misconceptions of the working class is keeping him from moving forward. Putting aside their differences, Qing Liu and Ao Yi find a way to work together and slowly begin to unravel the mysteries surrounding the case. Unfortunately, the deeper they dig, the darker the world becomes as they begin to realize there are much darker machinations at work. Now facing an imposing evil, Qing Liu and Ao Yi find themselves fighting, not only for their people, but for each other as well. With the line between classes blurring, Qing Liu and Ao Yi find themselves stepping into a whole new world, but everything comes at a price and the one they’re now forced to pay is impossibly high.