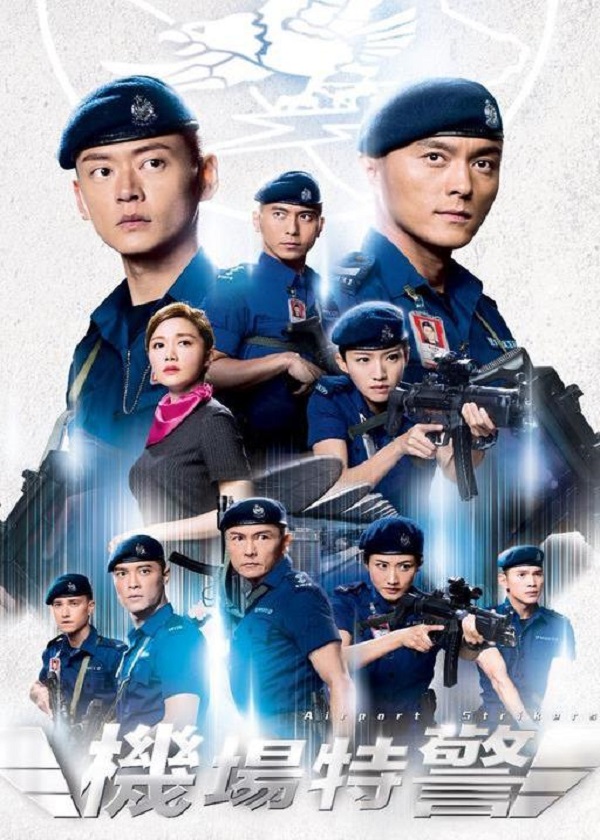 “Airport Strikers – 机场特警” is about fresh-faced police officers Cheung King-san (Owen Cheung), San Hoi-ching (Sisley Choy), Ho Si-wa (Gloria Tang) and Wu Kwun-chung (Brian Chu) apply to join Airport Security Unit (ASU) due to different reasons. The quartet manage to survive drillmaster Man Wing-keung’s (Eddie Kwan) boot camp and become ASU officers after graduation. King-san and ASU CIP Cheung Chun-hak (Hugo Wong) just keep antagonizing each other. Sergeant Ma Yung-yi (Mat Yeung) often plays the role of mediator between the duo as he understands they cannot stand each other. King-san encounters air hostess Yu On-na (Roxanne Tong). They readily become lovers, but they have trouble getting along. King-san gradually has some kind of subtle feelings for his female colleague Hoi-ching. While on duty, they witness scenes of joy, sadness, reunion and separation. They also get involved in near-death situations. They eventually understand the true meaning of the mission of ASU. However, disaster is looming, causing the team to become embroiled in an unprecedented predicament.

Eighteen years ago, on an ordinary night, seven teenagers, such as Lam Long Sang, Sum King Yat and Tse Ka Foo, who grew up in the estate, quarreling with the village, Kai Sze. After the fighting and chasing in the night, Kai Sze fell in the pool of blood and died. They ran into a catastrophe and decided to bury the body, praying that this secret will never be known. Over the past 18 years, they have all grown up and established their own careers and lives. However, Kai Sze’s body was discovered and the secret of that year was unearthed. Inspector Yuen Lai Ken of the serious crimes team took over the homicide case and gradually revealed the truth.