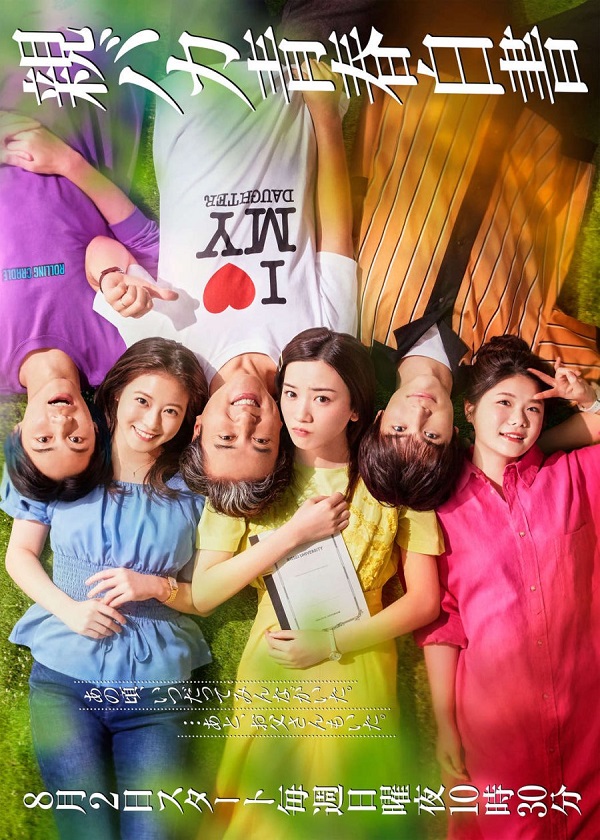 “Oyabaka Seishun Hakusho – 傻瓜父親青春白書” is about a 40-year-old Obika Taro is a single father and a struggling novelist. Nicknamed Gataro, he raised his daughter Sakura alone after his beloved wife Sachiko died from an illness. Father and daughter get along well. But Gataro is worried sick about Sakura attending a coed university since his pure and innocent daughter has only gone to all girls’ schools. He loves her so much that he decides to take the entrance exam for the same university and enroll in the same faculty as a fellow student. Fearing that his work will be affected, Gataro hides the fact that he has become a university student from his editor Ozaki. On the first day of school, he keeps a close eye on the male students to make sure no undesirable ones cling to Sakura. However, he appears suspicious to Professor Omura, who is the professor in charge, and gets hauled up quickly. In the meantime, Sakura heads to the university cafeteria with an outspoken schoolmate Yamamoto Hiroko whom she met at the enrollment ceremony. They share a table with the handsome Hatakeyama Masaharu and thrifty Eto Misaki. But Sakura is struck by love and freezes at the sight of Masaharu being firm with an arrogant senior. As shock runs through the students who discover that both father and daughter have enrolled in the university, Gataro chooses to join extra curricular activities with Sakura to guard her. He involves himself in everything that she does such as seminars, interest groups, drinking sessions, matchmaking parties and cultural festivals. In the process, he finds himself enjoying his “youth” to the fullest.