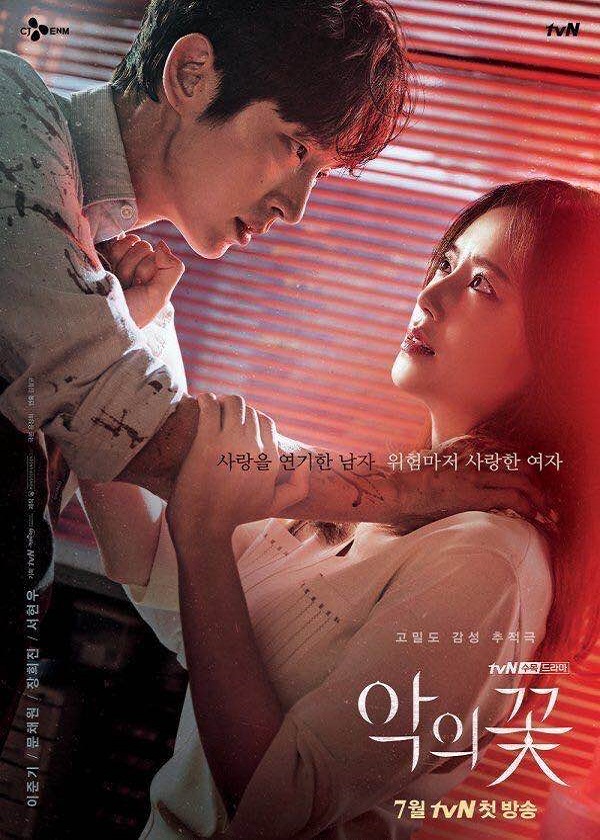 “Flower of Evil – 邪恶之花” is about on the outside, Baek Hee Sung looks like the ideal husband. A hard-working craftsman, his metal-working studio has met with its fair share of success. Able to provide a good life for his wife and daughter, he’s an exemplary example of what a husband should be. But this perfect exterior hides some very dark secrets. Secrets he would rather his detective wife, Cha Ji Won, never learn.
Unfortunately, secrets have a way of coming out and as a hard-hitting homicide detective, it’s Cha Ji Won’s job to uncover as many secrets as she can, in her never-ending quest for the truth. But when Ji Won takes on a particularly cruel case, she starts down a dark path that could crumble the very foundations of her happy life. Determined to bring this evil psychopath to justice she dives ever deeper into this case, only to find that the criminal she’s been chasing may have been standing next to her all along.